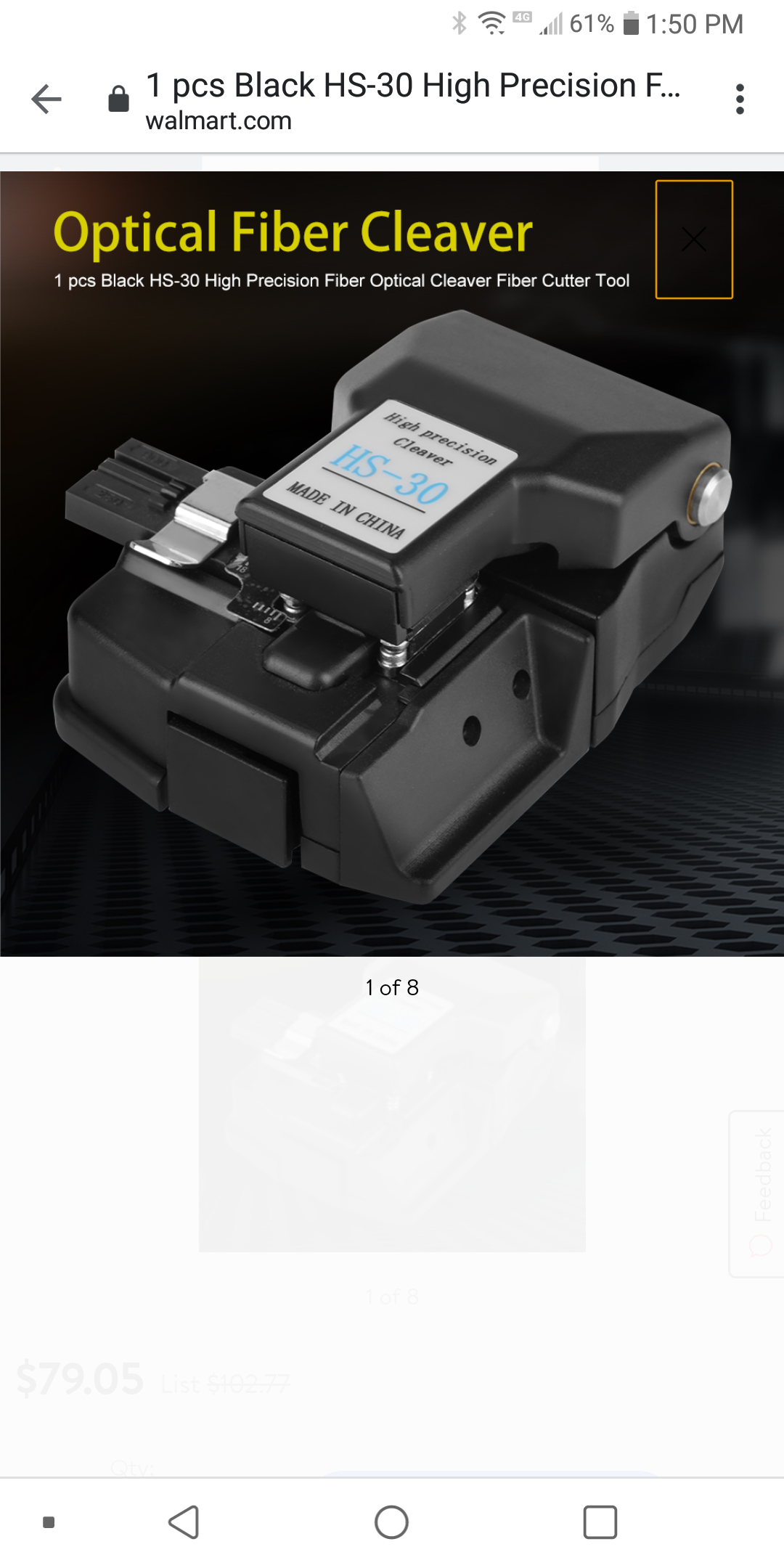 I think any of these newer machines are fast a plenty. The ovens are usually the limiter. But once you get in a rhythm and they are not they too do better. But yes the 90 is a american version. I have a corning CDs it's fast and the oven  looks cheap as heck but it's super fast. The whole machine is built cheaply but works great. If you drop it it's probally done. I have heard the bad reviews on the CT 50 cleaver also. One said it wouldn't hold the ribbon chucks tightly as well as the ct 30 so he went back to the ct30.

Btw walmart sells cleavers and other tools now. Sure they are the cheap foreign stuff , but I was still surprised.  Soooo I bought one the other day to use outside on ftth work.its a ct30 knockoff I think. I ve heard those cheap sumitomo cleavers work great.

The inno torture test video is what sold me on those. Good luck

This is CABL.com posting #383245. Tiny Link: cabl.co/mbLRx
Posted in reply to: Re: Fusion splicer by patriotspl
There are 0 replies to this message